Belt Drive is not new. Several motorcycles have used belt drives for many years now. 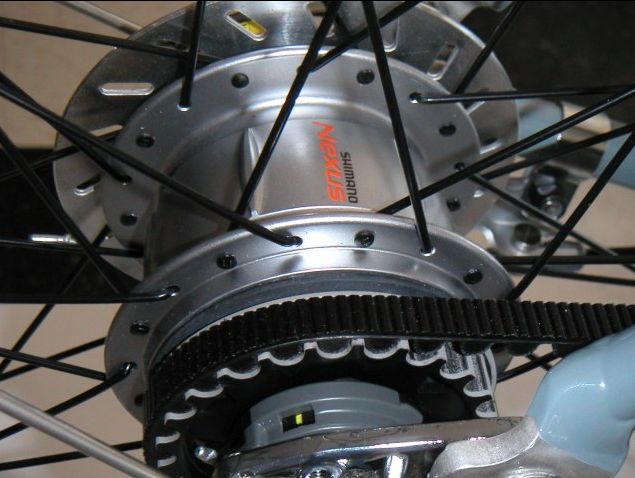 Trek Bicycle has tinkered around with belt drive for their bicycles. I love belt drive on motorcycles and ponder over whether it would be as good on bicycles.  In Trek’s own words … “a movement to bury the finger-pinching, pants-munching, rust-prone sprocket and chain, and usher in a new era of belt-driven bikes.” The only thing about it I can see that comes into play is multiple speeds. An internal gear rear hub would be needed as derailleur systems would not be possible with belt drive. At least I don’t see how it could be done. Along with an internal gear rear hub I think one would also need 2 or 3 speed internal hub built into the crankset. Of course, these items add considerable expense to the cycle. Still as times goes along the savings one would experience in chain and sprocket replacement would offset the initial expense. Hmmm, I wonder why we don’t see belt drive tadpole trikes?

On motorcycles the drive belts seem to be quite strong and hold up very well. They are made pretty tough … heavy duty … as they have to be to handle the high horsepower involved and the performance the motorcycles are capable of. Obviously a bicycle application does not involve any of this and so the belts are made much lighter duty. Never the less they are still pretty strong and under normal circumstances should hold up quite well. One of them I read about claimed it would last as long as 4 chains. This one pictured below is reported to have gotten cut while off road riding. The damage led to its total failure.

Of course, with a tadpole trike the drive belt would either have to be extremely long (not practical) or use at least two drive belts and some sort of a jack shaft in between. 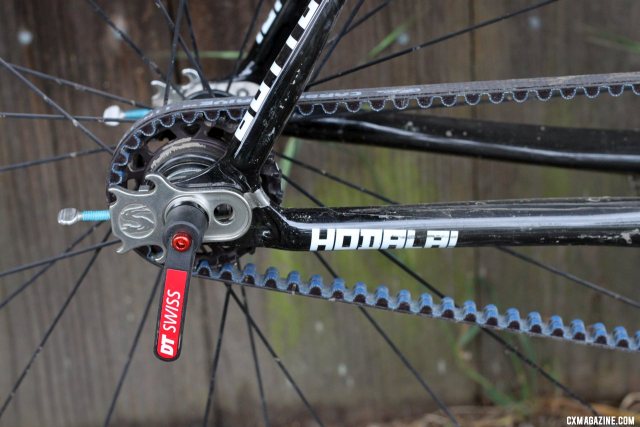 I read that the belt tension is critical and that weather (temperature and possibly humidity) can cause problems with tension. Perhaps the cycle frame is changing with temperature changes and not the drive belt, but still the end result is the same. Anyway, the person reports that in the winter time the drive belt seems to lengthen slightly and thus require minor re-tensioning. Then when warmer weather returns the drive belt seems to shorten slightly so that the belt needs readjustment again.

Whether or not we will ever see drive belts used on tadpole trikes is something I guess we will just have to wait and see.