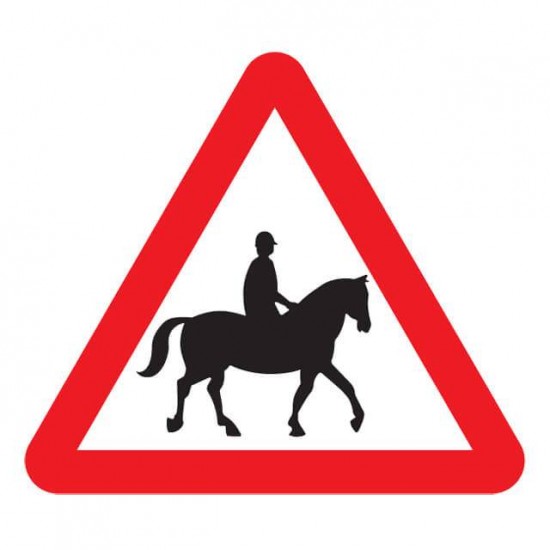 I have touched on this subject previously when I wrote “Honk if you’re Amish” … about riding in Amish country. I witnessed an Amish man dealing with a spooked horse as a result of my riding along in the opposite direction passing him. I assumed it was my flashing headlight that scared the horse. Later when I asked some other Amish men they said that it was more likely my safety flags. Anyway, when I saw the horse rear up and go berserk I really felt bad for the Amish man trying to control the horse. He had his hands full. I could tell he was up to the task however. He finally  headed the horse down the driveway of another Amish farm away from me. The horse settled down and all was okay. That was bad enough and as I said I felt really bad over causing it. I would have felt a lot worse if it were a buggy full of kids and their mother … or just kids with no adults. They might not have been able to regain control of the horse and the result could have turned really ugly … even tragic. It happens all the time when horses get spooked.

BTW, the best advise is … DON’T RIDE AROUND HORSES! If you encounter a horse be aware that they spook easily and it can be a dangerous situation. They could even charge at you. Safety flags should be removed or  at least covered up somehow so the horse doesn’t get spooked by it/them.  It is best to totally yield to the horse … pulling over to the side completely off of the trail if possible and stopping and remaining still until they get by. If there is any concern talk to the rider asking them what you should do. Cooperate together for everyone’s safety.

I seldom see any horses while I am out riding my trike. I pretty much have to ride out in Amish country to encounter them. Horses are not normally allowed on our local trail system for which I am very thankful. One day from the time this is posted on my blog an exception will occur. Horses will be allowed on one of our local trails between 10 AM and 3 PM. It is my favorite trail and I usually ride it every day. I will make an exception that day. Personally I wish they would not have made this exception and kept the horses off of the trail. I don’t really understand why they are doing this. There is a large property alongside of the trail which the city owns. It used to be a golf course. It went “belly up” and was sold. Now it is just land going to waste … pretty much unkept. It has paved trails running thru it. They plan on using this property as part of the “horse day” event. In my opinion  it would not be necessary to use the multipurpose trail as well. The golf course property by itself is quite sufficient to accommodate the horses. It was an 18 hole golf course so there are lots of acres available. But this is “politics” and “we the people” have no say in it. At least they do have 4 volunteers who are supposed to clean up any horse poop. At least it is only one day and I will survive. I will just have to forgo riding on that trail unless I do it before or after the horses are on it. Fortunately there are other trails to ride on. And I do want to …

As an update on the horse event day I offer the following which I posted on Facebook:

“Today was one of two days that takes place annually. Horses were allowed on one of our local trails. The city bought the property of an 18 hole golf course and they opened it up for the horses to ride on as well. I rode my trike to where they were forming up and receiving information and instructions before being allowed to continue on with the ride in groups of 5 to 8 .  There were probably about 100 horses and most of the riders were female. I guess that doesn’t surprise me. I am posting two photos. The first shows one of the small groups receiving the instructions. 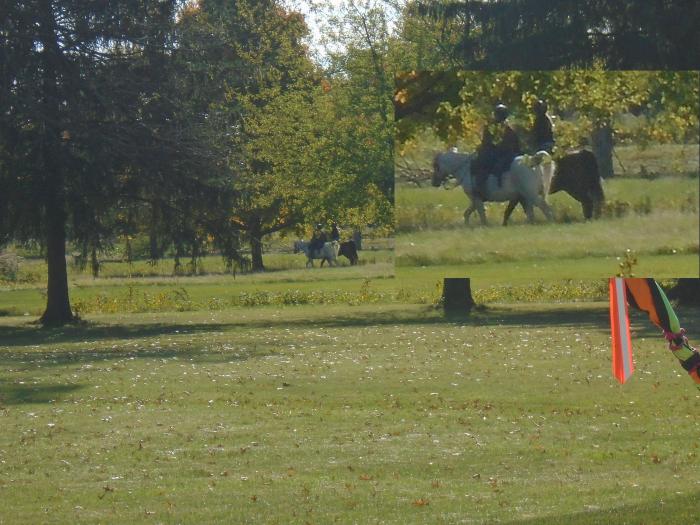 The second picture shows a couple of horses that I had noticed had left all the other horses and came back over near where they entered the golf course property. I wondered about it but didn’t give it much more thought. Suddenly I heard shouting and commotion going on. One of the two horses had just thrown its rider and the horse landed on top of her. At first we were hearing “Call 911” “”Get HELP!” But before the call could be made they shouted back cancelling the 911 call saying that she is ok … just shaken up. I hope she is still feeling ok the following day. These bodies of ours are not designed to have horses land on top of us. This picture of the two horses was taken after the incident and they are headed back to where the rest of the horses are riding. I was told that the horse that threw the rider did not have a bridle and never has had one. My guess is that the rider was having some trouble controlling the horse and that is why she and a friend left the pack and came back over to where the horse threw her. BTW, you can see my safety flags in the foreground. I have them wrapped around the flag pole so that they don’t spook the horses.” 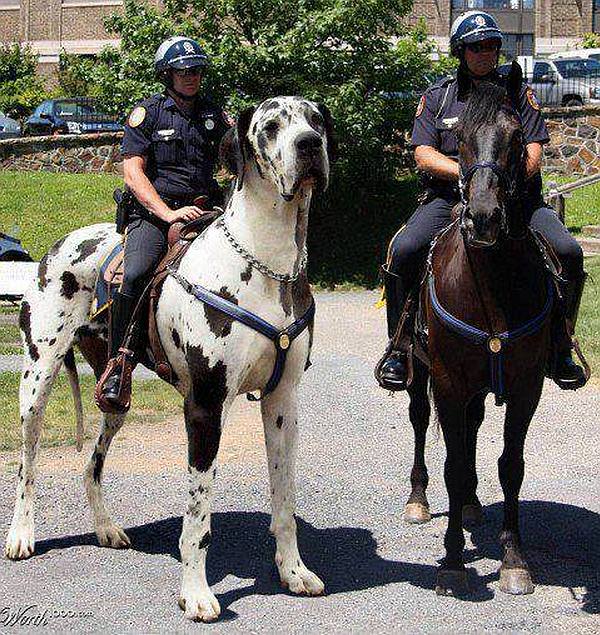 I am just seeing if you are paying attention. 🙂