TRUTH!  LIES! DECEPTION! Such is the world we live in. God tells us in His Word (the Holy Bible) that Satan (the devil) is real and that his agenda is to steal, kill and destroy. He is a liar and the “Father of lies”. God further says that the devil is the master of deception. If you don’t believe in the devil then I say to you that he has already accomplished his work in your life. God further says that Satan is the god of this world we live in … for now anyway. That will all change in the future. Approximately a third of the bible is prophecy. Prophecy is the foretelling of the future. Bible prophecy is fascinating as it is 100 % accurate. God has told us far in advance what will happen on planet earth. The vast majority of bible prophecy has already been fulfilled and what remains we are rapidly moving forward into. We are living in the near end of the End Times. We were cruising along in overdrive until a drag anchor was introduced and greatly changed things for a season. Sadly against the will of the American people and thru fraud and cheating that drag anchor is being taken away and we will soon be back rocketing down the road to our demise. Satan is loving it!

I want to make a bold statement upfront … the vaccine is far more dangerous and deadly than the virus. These people behind this are trying to kill you!

If you haven’t figured it out yet we are very much engaged in a most serious battle between good and evil. The evil forces have tried their best to steal the American election and as I write this they appear to be getting away with it.

I assume you have heard the term “global  elitists“. They are the super rich and powerful who are working together to literally take control of the whole earth and all the people on it. Before you scoff at this and reject it know that this is prophesied in the Holy Scriptures. President George H. Bush came out and clearly said that they are working toward a “NEW WORLD ORDER”. He used that term several different times when speaking to the American people. Our so called dollar bills have inscribed in Latin the words “Novus Ordo Seclorum”  which translated into English is NEW WORLD ORDER. You will find this along the base of the pyramid. 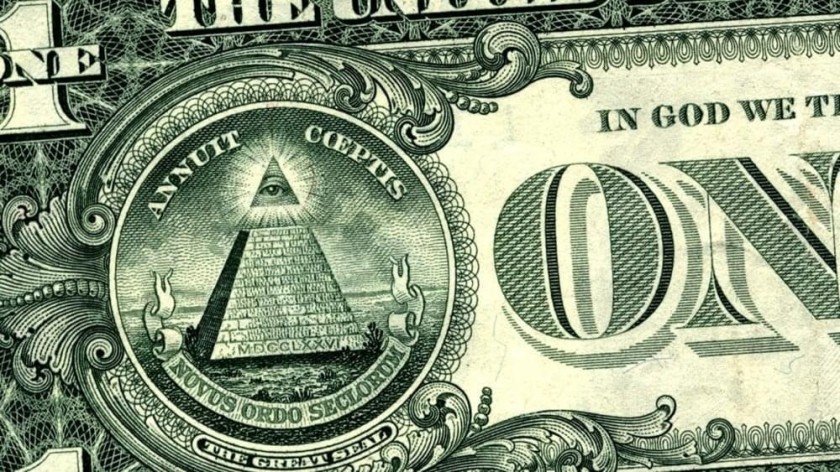 In order to accomplish their plan they must destroy this nation … its sovereignty. They were well on their way of accomplishing that until they lost the election in 2016. Only one man stands in their way and they hate him as he has set back their plans and agenda. If Hillary would have won as expected they would be miles further down the road. Our beloved President knows what is going on … what these evil people are up to … and has made many changes thwarting their plans … buy we Americans a little more time. Part of the plan of the global elitists is to greatly reduce the world population. They have come right out and said it. It is also exposed to us on their monument in Georgia.   About a third of the earth’s population are slated to perish at the hands of these evil-hearted people. https://en.wikipedia.org/wiki/Georgia_Guidestones

How would they ever pull this off you ask? It is not that hard. Remember that we are dealing with the master of deception who is able to deceive most people. Here is one idea I will throw out for what it is worth. How about introducing something like a man made virus similar to the flu and having the worldwide FAKE NEWS MEDIA lie to us about it telling us it is deadly and scaring the people who are foolish enough to listen to Fake News sources. Even though the virus is not all that dangerous for most people (very few die from it) we the people are being told that we must have a vaccine to be safe from the virus. All of this has been planned for many years so the vaccine had plenty of time to be developed … not just a few months like the Fake News people are telling us. We are being told that taking the vaccine is completely voluntary even though we are also being told that we can’t do many different things such as travelling unless we have taken it. (Do you remember when we were told “if you like your doctor you can keep your doctor.”?) It sounds harmless enough, right? What we are not being told is that when they tested the vaccine out on animals and then exposed some of the animals to the virus they claim it is suppose to protect from every single one of those animals died. Remember that they can keep reintroducing the virus into this world so that it is always with us. Without a vaccine over 99.7 % of those exposed to this virus survive. And they have known cures for it. Infertility is another means of population control and the vaccine causes infertility. I think it is safe to say that any sensible person avoid taking the vaccine … not unless you have a death wish. Remember … their goal is to eliminate people from the earth.

Many deaths have occurred as a direct result of taking the Covid 19 vaccine.

My wife is from a small island in the Philppines. She has heard from people there that numerous deaths have occurred and are occurring  among those who have received the vaccine.

All I have been sharing thus far is definitely bad news. But there is good news. Although we are headed down this road I describe where the entire world is under the rule of the “anti-Christ” who will be introduced in the not too distant future. The last half of his 7 year long rule is going to be ‘hell on earth’ for the earth’s inhabitants. The good news is you don’t have to be here to go thru what Satan has devised. You can escape it all. Yep, you can be a part of “The Great Escape” which is when Jesus removes His true followers from this earth prior to all of this happening. This is all very real folks. And it is all very serious. We must come to God on His terms and accept His free gift.